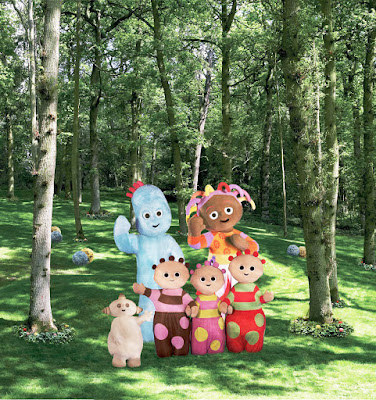 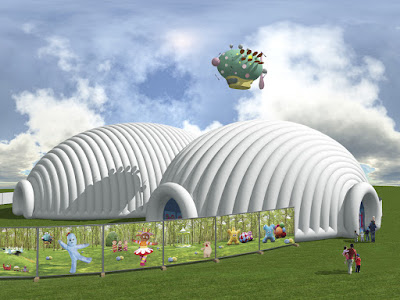 Last year I wrote about the simple and arresting joy of a trip to see In the Night Garden Live in Richmond and as we passed the inflatable snow dome this year (with children finally emerged from the target age category of this show) already they found themselves gripped with a nostalgia for these toddler household friends. I have re-posted a section from our previous review here to give you a taster for the show:

"In the Night Garden is an adorable production for the very young and rarely have I witnessed such unparallelled delight in little people as at the arrival of these household names in larger than life form before their eyes. In The Night Garden is one of those utterly bizarre, and probably genius, Cbeebies programmes that have captured the heart of a nation. At the slightest whisper of threat to children's programming, parents declare war in defence of Upsy Daisy the pacifier and Iggle Piggle the entertainer of their miniature brood. I'm not sure a few years ago that I could have imagined I'd be writing an article about this surreal toddler wonderland, but there too leapt I into the giant showdome, pre-schoolers in tow, and found myself surrounded by the Richmond parenthood chanting along in one voice to the unintelligible but gripping choruses of Makka Pakka, Akka Wakka, Mikka Makka moo! and Igglepiggle, wiggle, niggle, woo! 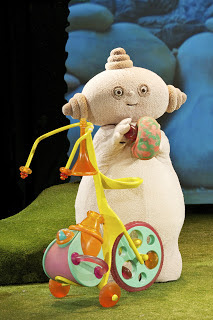 There are again two shows available this summer, each covering a simple tale. Let's be honest these are not (for the adult observer) complex and gripping tales of adventure. In one Makka Pakka travels around the garden, introducing a range of his buddies and washing their faces. At one point he loses a sponge. The sponge is consequently r
ecovered. There are bubbles. There is dancing. In the Ninky Nonk show, which we saw last year, Igglepiggle loses his blanket and all his friends help him find it. But the joy created in this showdome is utterly infectious. It was a thoroughly happy event, with audible expressions of delight throughout from young and old alike. It isn't cheap and inevitably is rather commercialised, but it is a great child-friendly performance and good option for a first experience of theatre designed entirely for and on a perfect wavelength for the very young. 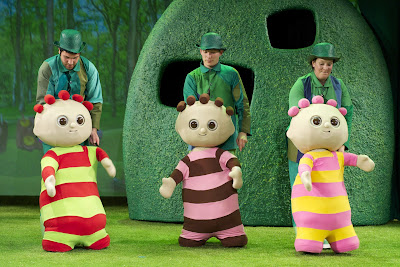 My (then) four year old, who in hindsight didn't consider herself too mature for the whole experience, was particularly taken with the sense of scale and use of various sized puppets to bring the Night Garden alive. A larger Makka Pakka emerged alongside the Pontipines, whilst a smaller puppet was used beside the enormous Iggle Piggle. There were glorious moments when Iggle Piggle's boat appears amongst the waves, when Upsy Daisy finally danced onto stage, and when projections of stars onto the ceiling made the whole experience multi-dimensional.

As I circled my toddler's palm with my finger as the show began and witnessed her childish awe at the familiar spectacle unfolding before her, the emotion associated with the brevity of this tiring but wonderful phase rather bowled me over. I found myself wanting Oliver-like to bottle the whole experience. For In the Night Garden - for better or for worse - seems to be a right of passage for today's toddler and now, as then, I recall the immortal words of Evelyn Waugh: "I should like to bury something precious in every place that I have been happy, so that when I'm old and ugly and miserable, I could come back and dig it up, and remember." " 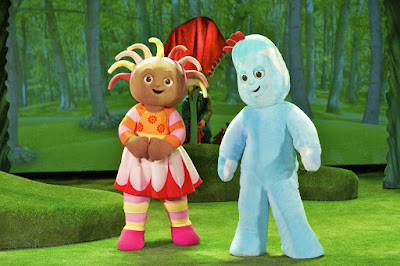 Yet, what did I know back then as I noted the simple tales lacking complexity? This year I stumbled across a fascinating article in the New Statesman by Medieval and Early Tudor historian, Amy Licence. In her in-depth analysis of the plotlines and characters of this world between waking and sleep, with its utopian vision and eternal temperate summer, she unpacks its Chaucerian roots, including the strict literary conventions it follows from structure to setting and characters: "Parents can be reassured by the BBC’s admission that the “tone of the programme is deliberately literary” although it is perhaps more literary than they realise. What these tots are actually getting is a dose of the conventions of medieval poetry. Specifically, Chaucer’s dream visions." 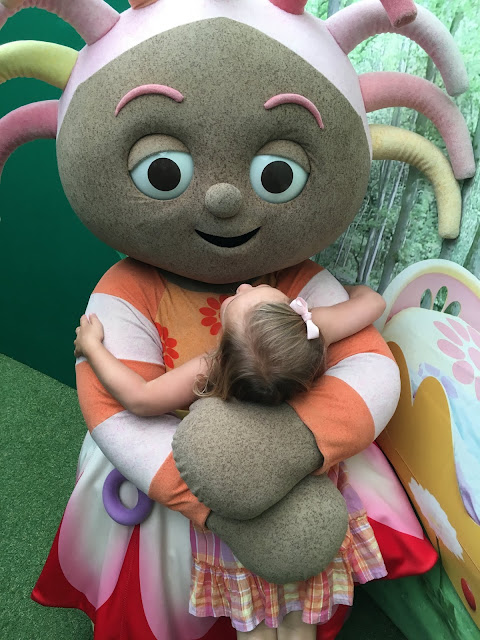 "The programme begins with a sleepy-eyed toddler, lying in bed, having the palm of their hand stroked soothingly. “The night is black and the stars are bright and the sea is dark and deep” begins the song, almost hypnotically. Just as the toddler drifts off, so dream poetry often begin with the narrator lying down restlessly and hoping for the onset of sleep. As “the day began to fail and the dark night” arrives, as in The Parliament of Fowls, the boundaries blur between the conscious and waking worlds. Here, Chaucer’s narrator often meets a guide, who helps him navigate through this dream world. For CBeebies’ sleepy toddlers, there is the blue, fluffy figure of Iggle Piggle... Presented like a toddler’s drawing of a man, with his little shock of red hair and matching blanket, he is the “everyman” bridge between the worlds." 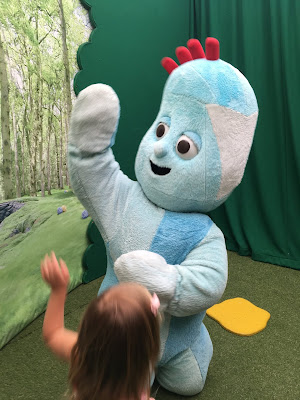 Upsy Daisy looks like, and is, a child’s doll. The heroines of Chaucer’s dreams are also similarly mannequinesque, with “golden hair and wide bright eyes.” One is even strangely boneless and unreal; her neck is “smooth and flat without hollow or collarbone” and “every limb rounded, fleshy and not over-thin,” while another is “a feminine creature, that never formed by nature, was such another seen.” They are as animate as the toys that people the Night Garden. Iggle Piggle’s little fabric heart, however, has been won. Quick to swoon in situations of intense emotion, such as a sneeze, he recalls the guide of The Book of the Duchess, eager “to worship her and serve as best I then could,” who declares his love but “she never gave a straw for all my tale.” The toys play with the ball, symbolic of the to and fro of romance. They are the lovers of medieval legend, forever enclosed within their perfect garden but childlike, safe and innocent. And, just as in The Parliament of Fowls, they have their own Cupid, the dumpy brown Makka Pakka, reminiscent of a little Renaissance putto."

It's a fascinating piece - I recommend a full read here. 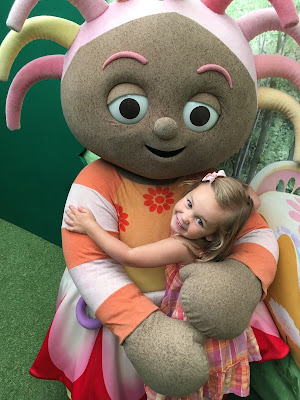 The magic of our last visit was also completed by a chance to meet the characters. Culturetot's little buddy found the experience a little too daunting (they are huge), but this year Culturetot really threw herself into the experience, chatting to the characters who were really excellent with the children. The joy was palpable. We also trialed a goody-bag. Often these sorts of themed packs can be poorly made, but the one we received had really high quality items - a soft toy, books and a breakfast set that is still a favourite a year on.

In the Night Garden Live runs annually and tickets can be booked at this site, though the website notes that this may be the last year in the showdome. The next two legs of the 2018 tour are at:

There are 4 shows a day at 10am, 12 noon, 2pm and 4pm. There are no shows on Tuesdays. Each show lasts just under one hour.
We received a family ticket last year in exchange for an honest review of the performance. As always all views are very much my own. Photographs courtesy of In the Night Garden Live or our own.
Posted by MuseumMummy at 10:09 1 comment: