Come and have a MOSI 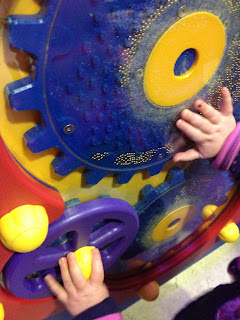 Manchester's museums made me. Their collections are my points of reference for so many things. In a previous post, I wrote about my childhood love affair with The Manchester Museum and its mummies, and how exciting it was to take my daughter there. Last month I took my walking, almost talking, toddler to another of my playgrounds - The Museum of Science and Industry (MOSI).This fabulous museum comprises everything from a hands-on science space and a walk-through sewer system to a powerhall full of wheels and trains. It oozes with pride for its pioneering city, and although it needs some renovations in certain areas (and deserves some lottery funding), it is simply wonderful. Since I introduced Culturedad to MOSI, it has become one of his favourite spaces. It is dynamic, hands-on, informative and brilliant for toddlers. 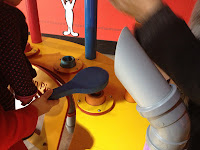 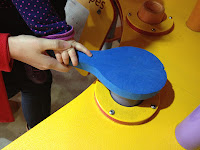 If we lived in Manchester we'd never need to go to a souless soft play centre ever again. One of the most baby-friendly spaces in the museum is an area called Experiment. This has existed (albeit in various forms) since I was younger, we always headed there first, and it is still fun for adults and children alike. Situated next to the cafe (which incidentally serves really good food, has an army of high chairs and also has picnic space), Experiment has a wide range of interactive experimental machines, puzzles and other apparatus. Toddlers can run through sound beams (which, when disturbed, play an instrument), produce giant bubbles, experiment with bounciness, colour and reaction times, and play with puzzles. Culturebaby particularly loved the musical beams (and we loved laughing at Grandma as she inadvertently performed a strange sort of arabian style-dance whilst trying to activate the instruments). We were also delighted to find a readymade playgroup- a well populated interactive toddlers' soft play area. This could use a few extra items, but nonetheless Culturebaby was over the moon to find blocks and puzzles, cogs to turn, mini armcairs to sit in and soft mats to run and jump on. It looks like the museum runs special 'Experitots' events for toddlers in this space once a month (*looks wistfully northwards). When Culturebaby finally passed out after lunch the adults also got to play. There are several fabulous large 3D brain puzzles and games dotted around the area, and there was a large selection of oldies like us trying them out... 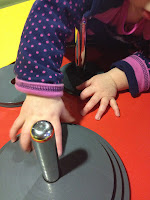 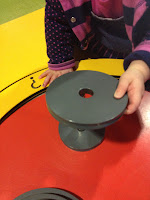 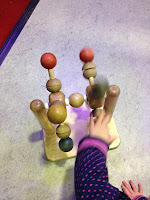 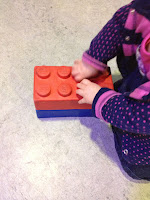 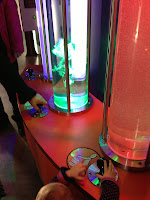 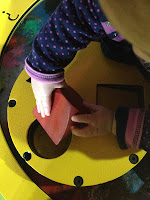 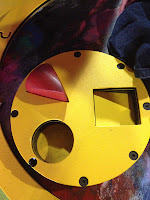 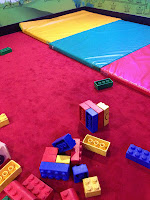 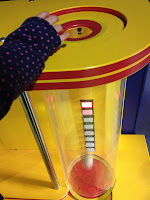 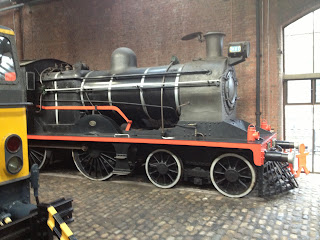 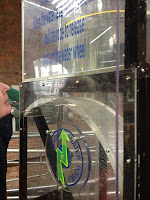 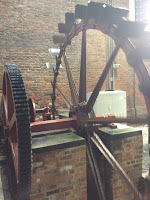 sculpture which took our picture and displayed us as part of the installation in various locations - perfect for a toddler in the pointing phase! And nothing can beat the Powerhall for awe inspiring scale, motion and exploration potential for toddlers. The large waterwheel was as exciting to Culturebaby as it was to me as a child. There was also a wheel operated by the emptying of a tank, filled by a (Grandad powered!) water pump (we were slightly worried for him by the 4th 'again'), steam and oil powered machines -  brought to life by the touch of a button - and several trains to get into and explore. 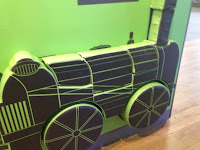 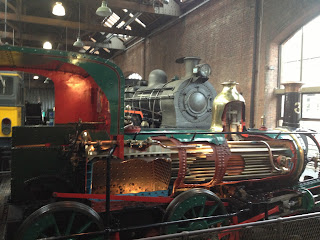 Free admission of  museums is a wonderful thing. When I was younger we had to pay to visit. Now it is free. You can drop in or spend a day. Like Manchester, this museum is at times polished, at others rough and ready, but always inventive, creative and forward looking. Really worth a visit (or many). Go and have a MOSI.... 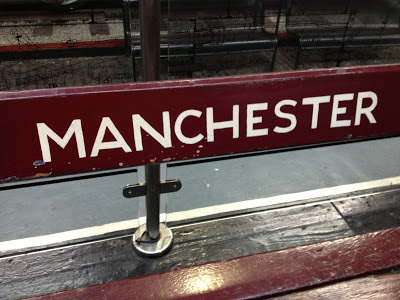 Posted by MuseumMummy at 22:25 No comments: