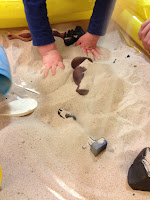 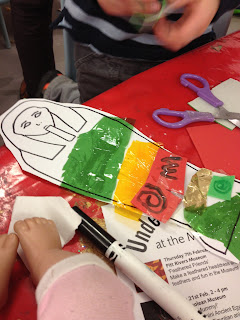 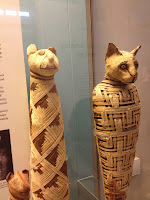 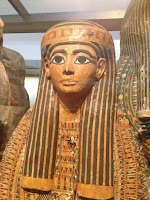 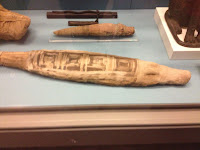 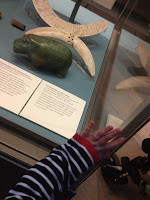 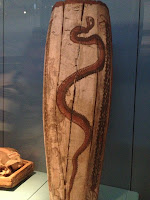 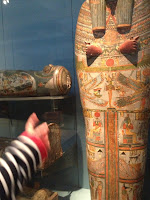 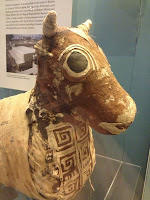 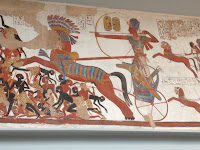 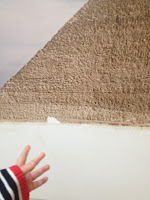 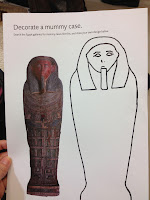 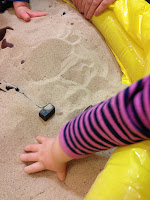 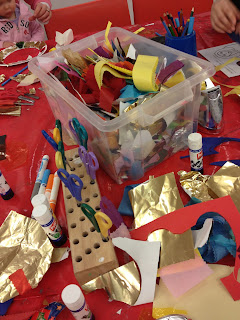 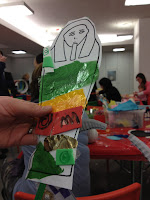 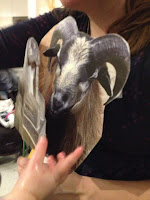 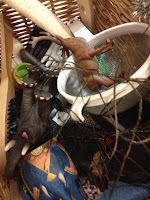 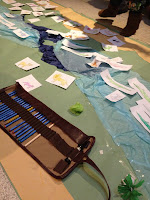 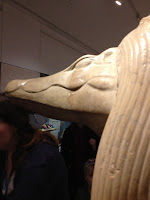 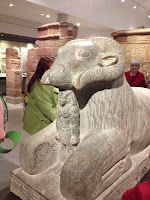 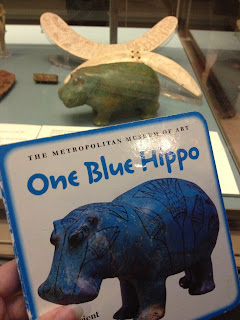 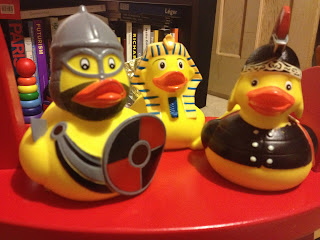 If you're also interested in something slightly more lighthearted, we can also recommend a trio of other fun items. The British Museum has produced a series of historically themed rubber ducks. 'Ra' and his Viking and Roman pals Canute and Augusduck Caesar are now permanent fixtures in our bathtub. We also discovered a great 'dress up Tutankhamun' set of fridge magnets at Manchester Museum and finally in TKMaxx we fell across 'Tutankhamouse' a Pop-up Adventure. Again rhyming and with fun paper engineering, this small book seems to be loosely based on the biblical story of Joseph and culminates with a Sphinx made of cheese. Accurate it is not, but a fun intro to Egypt it certainly is. Sadly several statues have been beheaded (do supervise)...
Posted by MuseumMummy at 00:01 No comments: