A Fairground for Little Fingers 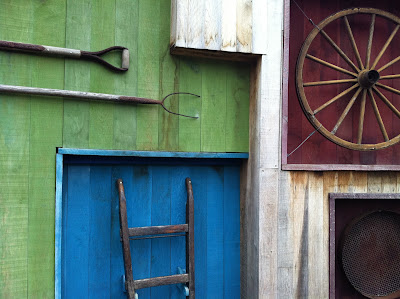 Today our "extended family" (my long suffering friend and her two fabulous kids) invited us to join them on a trip to Stockwood Park Discovery Centre near Luton. When I learn to drive (soon!) I owe them at least a year's worth of carting around. 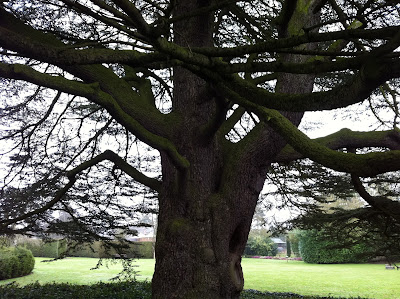 Despite topping the charts in the Crap Towns of Britain Poll (II), Luton, it seems, harbours some little gems. The Discovery Centre is almost the opposite of Verulamium Museum in that it is multi-faceted, sprawling and surprising. It seems to be primarily designed with kids in mind and has opportunities for sensory engagement at every turn. As we had never visited before, every new area brought something unexpected. We moved from Life's Journey, through a cathedral to horse-drawn carriages (piled high to the ceiling), activity playgrounds, a beehouse, gardens (sensory, medicinal, Elizabethan, wartime... the list goes on), open spaces with large old trees, a hands-on museum of local ancient history and a collection of tractors! It is so seemingly random that it kept us adults, and the children, entertained all day. Culturebaby had so much to touch and feel that she kept fighting sleep until she passed out somewhere in the Cretaceous period.

Some of Culturebaby's favourite things:

One of the loveliest things about hanging out with my daughter and her friends, which I genuinely adore, is that rediscovery of the excitement of childhood. Although in places the museum was a bit rough and ready, with some broken exhibits, it was largely well thought out and fascinating for kids. There's also something different and new to do at every age so we'll be able to keep coming back. And it's free. Bargain.