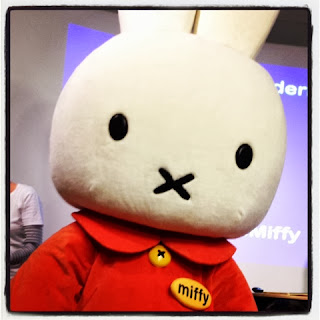 In the land of the child, the illustrator is King; the creator of memories and populator of dreams. What a privilege and a vocation to mold young minds and shape toddler tastes. For these are the true artists of our infancy and Dick Bruna is Da Vinci, he is Michelangelo, Renoir, Van Gogh... But he is also Beowulf, and for the first time in 50 years his text has undergone a revamp for today's tots by award winning poet Tony Mitton. Out with Father, in with Daddy... 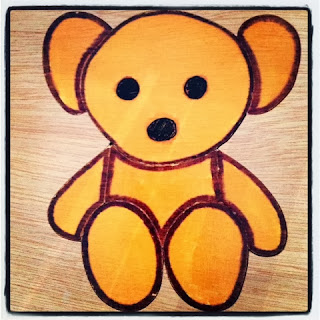 Dick Bruna took inspiration from Leger and Matisse's bold use of colour in art and he was also passionate about the importance of rhyme in books intended for young children. Miffy's new publisher Simon and Schuster have ensured that the iconic illustrations and simple rhyming verse of the original books is retained, but Tony Mitton has made this less clunky than the original translation from the Dutch and updated some of the language. The new books work really well, and - you may be pleased to hear if you, like me, have occasionally found yourself tripping over the odd sentence - contain a little more punctuation. 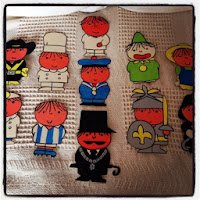 Culturebaby has been really enjoying getting to know Miffy in the last few months. We have a good handful of the classic books, including a new Tate edition which we love called Miffy the Artist, where Miffy is inspired by a trip to a modern art gallery to create her own paintings. I've also been indulging in a little nostalgia myself, remembering with affection the Dick Bruna characters my mother painstakingly copied and handpainted for my nursery walls (we still have them), and the beautiful wooden puzzle of Miffy's teddybear that my Dad handmade for me, and which Culturebaby has been playing with recently. 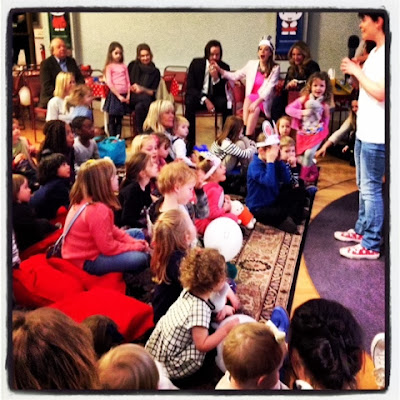 Culturebaby was therefore ecstatic to be invited along to a star studded press launch of the new books, complete with giant Miffy to meet - which inevitably terrified her.  The launch was a real treat. We were served Miffy cakes and drinks in themed mugs whilst we listened to Tony talk about his work; we made glittery ears, listened to a rendition of Miffy goes to the Zoo, learned a dance and met Miffy (who in a moment of  inadvertent comedic genius got her ears stuck in the doorway on entry). Culturetot explored Miffy rattles and Culturebaby played with themed trains, jigsaws and giant soft toys, whilst older children tried out apps and completed activity sheets. Meanwhile I sipped coffee and watched Culturebaby with an eagle eye to ensure that my excitable tot avoided entering into any sort of "its mine" contest with the children of celebrities. Fortunately there was plenty to go round, and since last Friday Culturebaby has been carrying her, rather attractive, bag of Miffy goodies around the house and trying out the new line of sticker activity books that are being launched to accompany the new books. I'm rather a fan of the lovely fridge magnet pads and Culturebaby loves her little Miffy keyring figures. 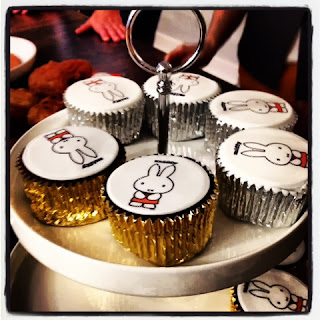 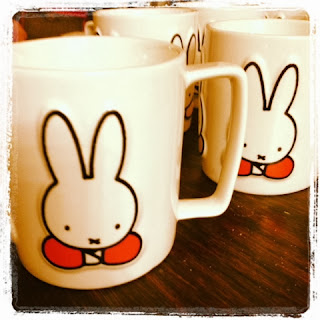 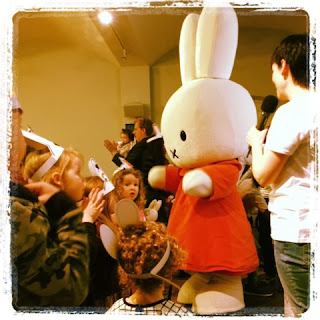 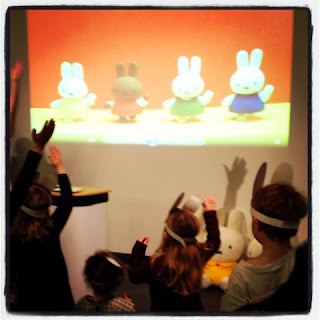 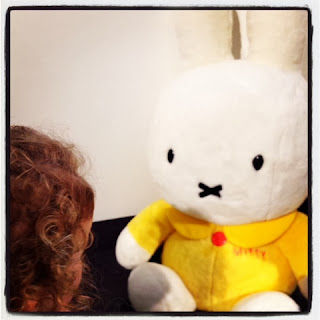 In our bags of goodies we found copies of the new Miffy at the Gallery and Miffy at the Zoo to review, and this was an absolute delight as these are, I think, two of the very best Miffy books. Miffy at the Gallery is a brilliant introduction for any toddler going to a modern art gallery. It cleverly introduces easier concepts of both figurative art and sculpture, but also surrealism, collage and use of mobiles. Miffy becomes an amateur art appreciator and critic, and in turn is inspired to go home and try painting herself. This book, alongside Miffy the Artist, which has a number of similar scenes, are two of our top books we'd recommend as first stories about art for young children. 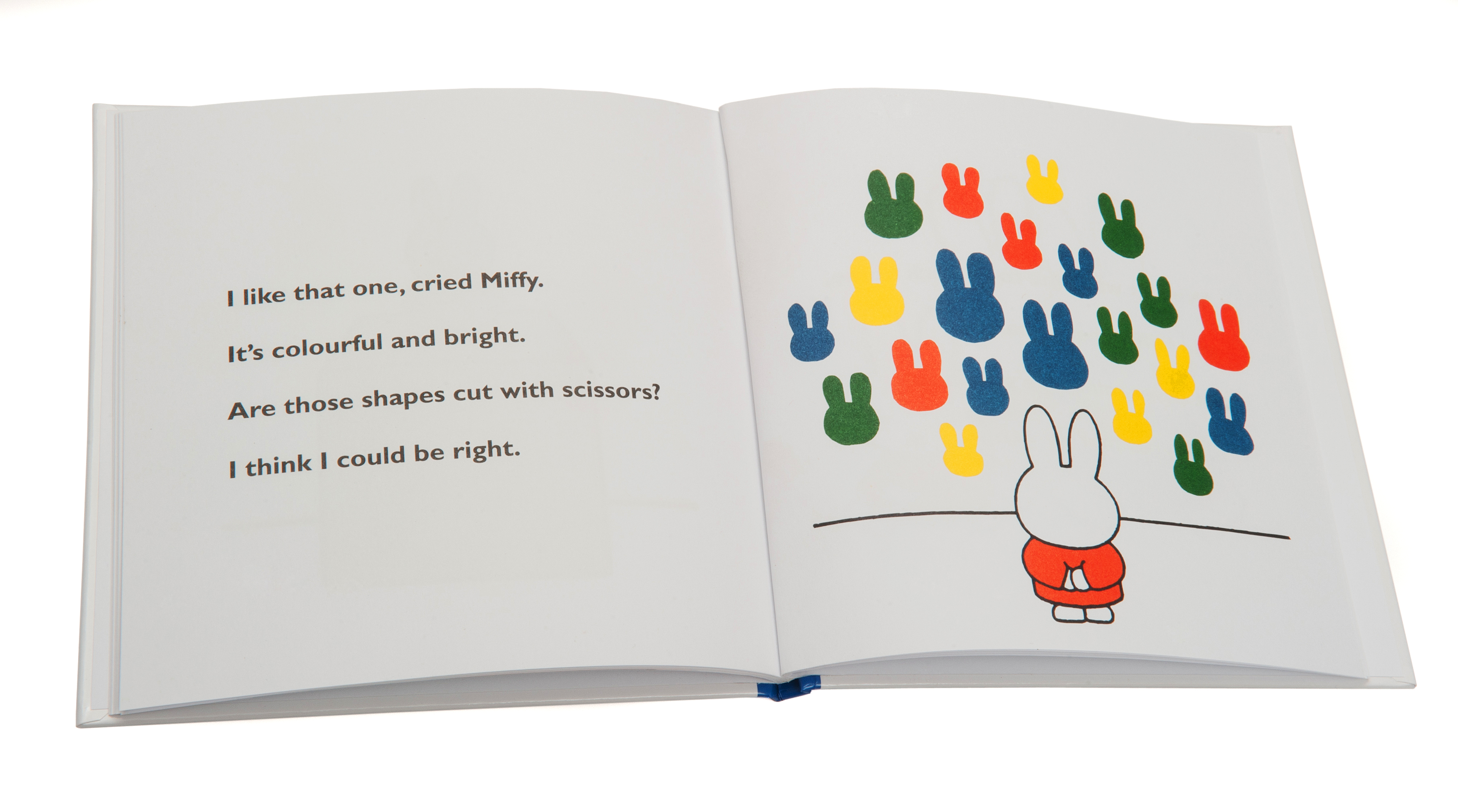 Miffy at the Zoo is also lovely. Miffy and her Daddy take the train to the zoo, where they encounter a number of interesting animals and learn some facts about them. The images are some of the brightest and most iconic of Bruna's and the book is a perfect accompaniment to a first wildlife trip.

We are also really impressed by the new activity books. We have Miffy Dress Up and Miffy's Day. The former is a sticker and colouring book, the latter a sticker activity book. Whilst a few of the activities are a little old for 2 year old Culturebaby, she has mastered and really enjoyed a good few of them. These are really rather educational little books; there is shadow and colour matching, sequencing, clothing to design, counting and mazes. 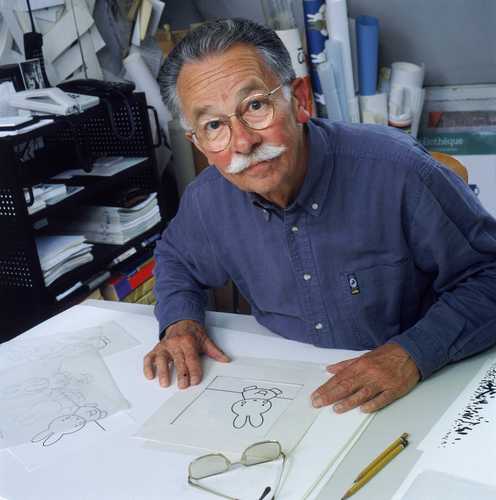 If you haven't discovered Miffy yet for your little ones, these wonderful books with their timeless illustrations will really capture your child's imagination. Miffy was born in 1955 when, during a rainy seaside holiday, Bruna entertained his young son Sierk by sketching a little bunny who kept hopping into the garden of their family home by day, and turning this into bedtime stories at night. Miffy is immediately endearing for toddlers as she shares their thoughts and experiences, has a sense of wonder about the world and she always has a useful thing or two to learn. Plus the pictures are bright, simple and memorable. Since Bruna created Miffy in 1955, over 85 million copies of the 32 Miffy books have been sold worldwide (the first English translation was published in 1963) and he has been published in over 50 languages. He has also produced a number of other wonderful titles. This Thursday, 27th February, the first three new Miffy books and activity books will be available in shops. These will be followed by 9 more before October. We are very much looking forward to them. Our thoroughly modern Miffy is as timeless as ever, but perhaps slightly more articulate? 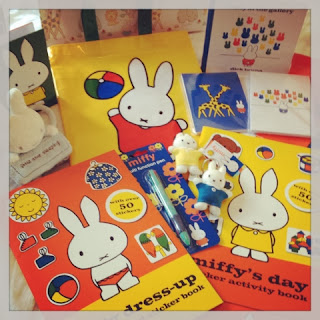 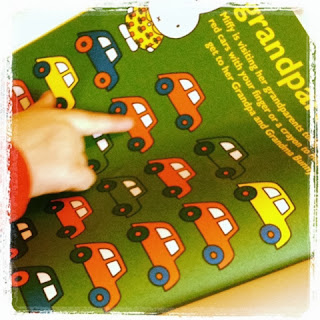 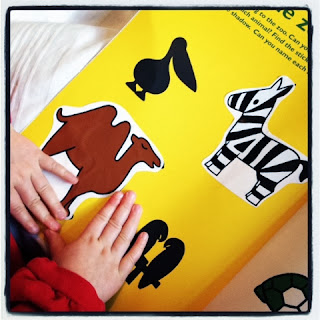 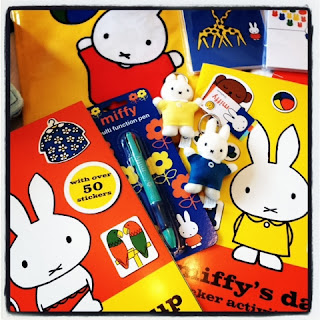 Disclaimer: We received the new Miffy books and activity packs as part of our attendance at the press launch. All views are, as always, entirely my own. Image credits are either our own or used with permission from Miffy's Press Office.