Toddling on the Heath

Today Culturebaby took Grandma and Grandad to Kenwood House for Grandma's birthday. It's a fabulous Robert Adam 18th Century Neo-Classical House at the Highgate end of Hampstead Heath. For the lovers of chick flicks, it is also the house where Julia Roberts films the Henry James novel in Notting Hill. (Incidentally I'm currently wading through Henry James' The Portrait of A Lady with my book club (or rather swimming against the tide). I must confess, at risk of being thrown out of nerds-anonymous, it's not really recommended reading for mummies like me of the post-birth squishy brain variety; rather slow moving for those 5 minute breaks here or there).

It is supposed to be the last day of winter today but it was gorgeous; sunny, warm and very spring-like. Culture-baby was in her new pushchair pram attachment and was clearly loving being able to see more than just sky and the the odd overhead tree! There is something magical about this part of London, and about a country house in the city - you feel rather up above it all - and there were hundreds of babies around in slings and prams being taken for walks on the Heath (although at times we felt rather like we had stumbled into a Bugaboo convention).

We went round the house with the sling (NB no prams allowed inside) and it was a refreshingly different experience for Culturebaby from our visits to other more modern art galleries. Kenwood has an important collection of Georgian British and European Art. These are not to everyone's taste. Other than the Turner, they don't really flick Grandad's switch, but, despite this genetic predisposition, Culturebaby seemed to be enjoying herself. The house has big windows and mirrors, lots of light, sparkling chandeliers and colourful walls. Although the art is rather formal in style, some of the large portraits were a hit. It made me look at them in a different way too to see what caught her eye - the use of light, the striking features (men with shiny armour and large moustaches, women with shiny gowns, smiling children), the large scenes of animals... In particular, she started a conversation with a large picture of three babies (The Infant Academy). It was as if she recognised them as peers (or perhaps she was questioning the artistic precociousness or dodgy choice of hat?)

There was something to see from every angle and Culturebaby spent a lot of time craning her neck to look up and around (the library is rather exciting with its mirrors and painted ceiling). Other than the portraits, there were a number of shiny clocks with moving parts that fascinated her, and a rather attention-grabbing spangly collection of georgian jewelled shoe buckles.

The property is busy getting a bit of a make-over at present, so there is some scaffolding, and other parts of the house are still rather in need, but it is a beautiful location. It was also gifted to the nation in the 1920's and is free to visit. We felt rather lucky to have made it though, we discovered afterwards that the house closes in April for a year and some of the paintings will be touring the States... But then the Heath is always there, and with its stunning views over London and ability to lift you a finger's breadth above the pollution, it's perfect for a sunny day. 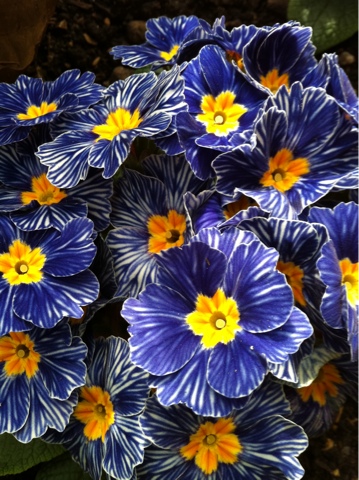