Classics from the Cradle 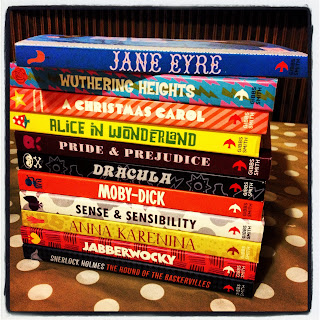 When I began this blog, a literary mummy friend of mine suggested that I should write about the BabyLit series by Jennifer Adams and Alison Oliver. What a fabulous sounding idea; classics for babies. Christmas therefore came early for my inner boffin when PGUK sent us not one, but a whole set of these fabulous books to review. They have since been thoroughly tested and approved by Culturebaby, who has been observed on a number of occasions tottering under the weight of a whole stack as she has tried to transport all of them at once for Mummy to read. She's also been caught leafing through them herself and talking about details, reading them to her baby sister, and, the best test, has returned to certain titles over and over again.

The clever idea behind the series is to introduce babies and toddlers to classic literature from the start, with gorgeous illustrations thrown in. The BabyLit website markets these as stylish and fashionable, but I actually think this undersells them. Yes they are beautiful and would grace any bookshelf, yes they are a cool idea and make fabulous gifts, but do I give two hoots whether they make me look like a fashionable parent? No. Am I interested in whether they will help my toddler to foster a love of beautiful illustration and classic literature? Yes. 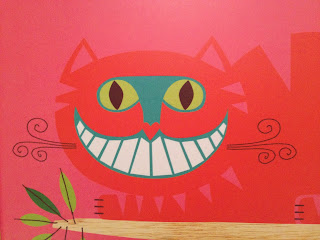 Here are the many reasons why I think these books are brilliant for my two year old:

1. They are stunning: the illustrations are beautiful and could be easily framed as wall art. The continuity of having the same illustrator, Alison Oliver, means that the various titles are clearly part of a set and if one becomes a favourite, others are also likely to appeal. I think that gorgeous images and intelligent design in children's books is so important. It is, of course, their first introduction to art and use of imagination. These books do this job admirably. 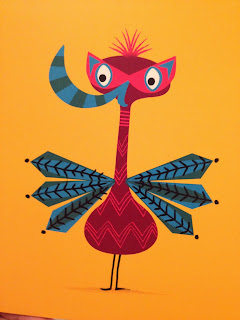 2. The illustrator has cleverly chosen certain palettes and designs that really do evoke the atmosphere of each novel differently and capture its unique essence. Dracula is dark, Wuthering Heights is bleak, Alice in Wonderland and the Jaberwocky are colourful and quirky, Austen is powdery and feminine, Jane Eyre manages to feel Victorian. Before toddlers can understand the stories they will certainly get the flavour of the books from familiarity with the feelings created by these images. It was interesting to watch one of Culturebaby's more sensitive friends actually react in a nervous manner to one of the spookier titles.

3. Though you don't necessarily need every title in the series you do get something different from each book. Some introduce colours, others numbers, items of dress, sounds, opposites, types of weather etc... Each have a useful educational angle and will teach the toddler something new. Even I had to look up what a Barrette is... Many of the books also introduce the names of characters or places from the Dashwoods and Bennets, to Thornfield Hall and Transylvania.

4. Culturebaby is definitely entering the stage that Montessori called a sensitive period for interest in little things. This manifests itself through her ability to spend ages concentrating on imaginative play with her Happyland characters through to great games of I spy in museums. When it comes to books, she loves finding small details or hidden things. These books are brilliant for engaging this interest. Some, like Anna Karenina, ask the reader to find a specific item, others, such as Pride and Prejudice require counting of items, or spotting a colour (Alice in Wonderland). 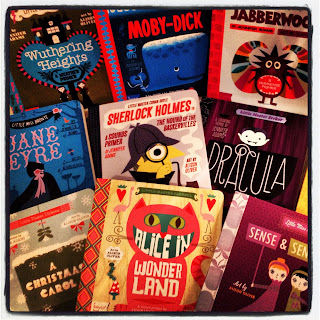 5. The series is also lovely for parents. For squishy mummy-brains like mine it is a genuine pleasure to read a children's book that reminds me of novels that I have read and loved. Some of my favourites of the titles in the BabyLit series include a peppering of short quotes, which are both a joy to reminisce over, and a good way to introduce a little one to titbits of prose. I also had to hang my head in shame that I have thus far failed to read a couple of the books in the series, such as Anna Kerenina and Moby Dick. That can only, in my view, be a positive kick in the right direction for me.

6. The books are beautifully made, and a perfect size for little paws. One friend wondered if they really should be board books - perhaps a paper version could be considered too? But I've found that, happily, my toddler isn't yet a member of the miniature school of thought that board books are for babies, and happily reads both. Interestingly, a mummy friend of mine thought that certain titles such as Wuthering Heights and its focus on weather descriptions could be reused in art and lit discussions with her 7 year old. We shall see if this is the case down the line as most certainly these are books that we will keep and treasure. 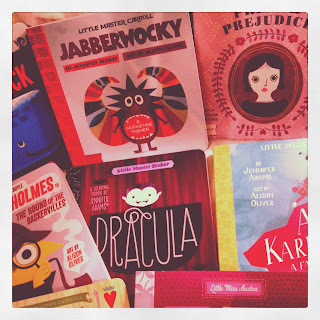 However, following a baby book club discussion with a number of mummy friends and their little ones, I think it is also important to share here a little of what these books are NOT...

Firstly they are not mini novels. They cleverly use the themes of each to explore ideas and topics, but they are not abridged versions of the books, nor are they children's adaptations of the stories. If this is what you want, you'll need to go for something different. I'd actually suggest that BabyLit look into doing this as a possible associated series for slightly older readers, but at present this is not the intention of these books. Of course, if you know and love the novel in question, the BabyLit books do serve as a useful tool for you to tell the stories to your little one yourself.

Secondly, these are not like the (also wonderful) 'That's not my...' series of baby books. They are very differently designed. Whilst the aforementioned series focus on a very simple item which varies in texture on each page with one simple bold drawing, the BabyLit books are more complex. Whilst one mummy who looked at the series made this comparison and questioned whether they could therefore be equally effective, through testing with my toddler I've concluded that the BabyLit books are more complicated but also more versatile and therefore have a longer lifespan of use. Whilst they might be of interest to younger babies (one friend noted that the Pride and Prejudice she has owned for a while was one of her baby's early favourites) the BabyLit series is perfect for Culturebaby's age - when she has certainly exhausted and moved on from the simpler touchy feely sorts of books.

Here is a snapshot of Culturebaby's three favourites from our new little library, and a taste of what you can expect from each of the titles we received: 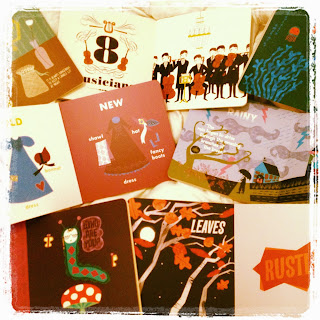 Anna Karenina, A Fashion Primer - This is Culturebaby's firm favourite. She often leafs through the pile in search of this specific title, which cleverly capitalises on the toddler's keen interest in what they wear. Culturebaby is currently being rather pernickety about her attire, insisting (to Culturedad's despair) on wearing 'a big dress' every day. A couple of weeks ago she decided to reject everything that didn't feature a cat. This early assertion of independence, though at moments a little frustrating, is her way of controlling her world, and this specific BabyLit title has certainly captured her interest, both through the familiar, and also through new clothing words to learn.

Alice in Wonderland, A Colour Primer - This is Culturebaby's other current favourite, with its bold images and endless possibilities for associated nursery rhymes and songs. She loves the queen of hearts, and our rendition of Twinkle Twinkle little bat. She doesn't seem to mind that the words are different, and has recently shown rather a penchant for improvisation. She regularly splices various songs together, and a recent composition, betraying her interest in toilet training, has featured the repeated phrase Poo Poo Everywhere to the tune of Wind the Bobbin up. Whilst I'm very much hoping that this little number won't be spontaneously sung in public, I have to applaud the imagination, and books like this (for good or for ill) certainly stimulate that.

Wuthering Heights, A Weather Primer - This title is rather clever in that it depicts the same scene of activity at Wuthering Heights but in different weather conditions. Each page has a quotation from the book and so much potential for discussion, song and learning. Culturebaby seemed to really like this one and it was also a favourite amongst some of the mummies.

The other titles are also fabulous and no doubt will each have their moment in the sun as Culturebaby's interests change and develop. Sherlock Holmes (already a firm favourite) deals with sounds from rustling leaves to creaking stairs. Pride and Prejudice, Jane Eyre and Dracula each feature counting - of characters and iconic items from the books. Culturebaby is really enjoying learning to count at present and these are perfect as they also each require the spotting of detail. Moby-Dick explores the theme of the ocean, even naming a range of types of fish, and A Christmas Carol (a perfect gift this time of year) deals with colours, as well as symbols of Christmas. I also particularly like the Sense and Sensibility opposites primer with its happy Willoughby and sad Brandon and themes of wealth and poverty, and the Jabberwocky, which is refreshingly different to the others and includes real verses from the poem with brilliantly quirky illustrations.

These books are fabulous and with Christmas coming up would make wonderful pressies for a little one - as would the gorgeous new Pride and Prejudice and Alice in Wonderland playsets that I'm currently drooling over. Right, now I'm off to persuade the team at Gibbs Smith that The Great Gatsby and Brideshead Revisited should be on their production list for 2014...
Posted by MuseumMummy at 00:19