Inspiring Finds: Not a Stick 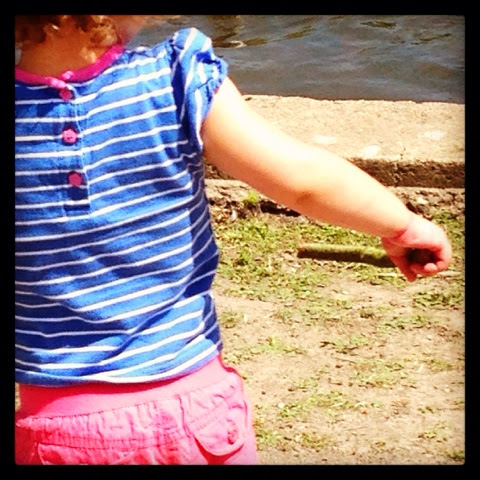 Sometimes, when you least expect it, the perfect book launches itself instinctively into your path at just the right time. I keep meaning to record these literary gems when they do, so here is this week's little treasure - purchased for a hefy 5p from our local library's bargain bin. Culturebaby is a big fan of imaginative play and some of her favourite props at the moment are sticks. In recent days the humble stick has been transformed into kites and umbrellas, has slain dragons, swept floors, prepared cinderella for the ball, caught fish and featured in ballets. Initially I was a little nervous about my enthusiastic daughter wielding a stick in public... until I saw what she was actually doing. Of course it wasn't a stick at all.

So when we opened Antoinette Portis' clever little book Not A Stick for the first time Culturebaby immediately related to it and loved it. By the third reading she was completing every line. A little pig is consistently told to be careful with that stick, look where he is going with that stick, don't trip on that stick, be careful where you point that stick, and each time he insists it is NOT a stick. With beautiful illustrations, we the readers are invited to glimpse what is really going on in his imagination. Indeed the stick is not as it seems. Pig is leading a band, lifting weights. He is Van Gogh, Lancelot, Buffalo Bill... He's the tamer of dragons, the hunter of sharks. This book is a wonderful accompaniment to Julia Donaldson's Stick Man, another current favourite. Taken from his wife and children as he goes for a jog, Stick Man is of course not a stick at all, but why can nobody see it? He isn't a boomerang, an arm, a sword, a Pooh stick; he doesn't want to be chased by dogs or form part of a nest, and he certainly isn't firewood! Will he ever make it home to the family tree? 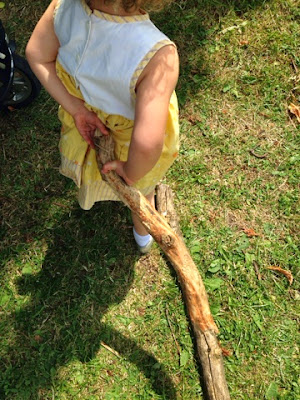 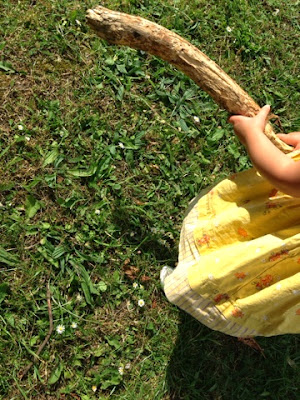 Here's a great printable to accompany Not a Stick, and a very simple activity we'll be trying in the next few days will be to collect sticks from nature and use them as the basis for creating our own pictures.

One of Culturebaby's Montessori trays this week has also been particularly appropriate. I dug out a vintage set of Construct-o-Straws from my mother's toy hoarde and it is proving to be rather a winner. As well as providing great practice for fine motor skills, this set has been transformed into crowns, houses and simply used as wands. You can easily create a similar activity with straws and playdoh or even try pipecleaners and a collender. 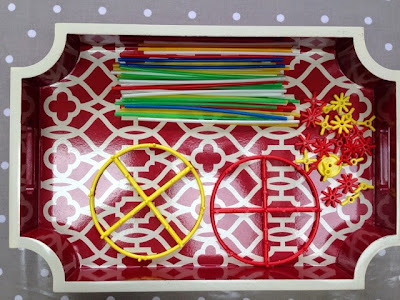 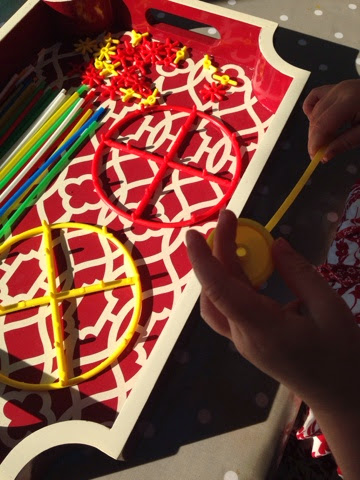 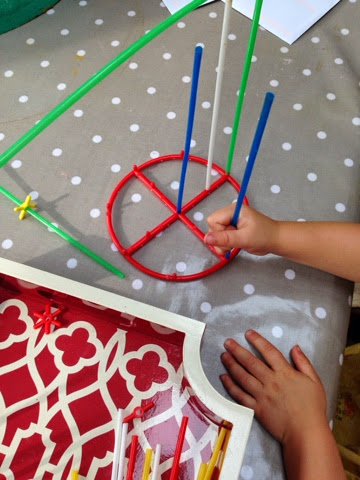 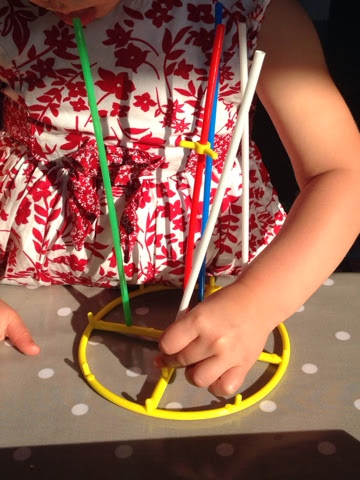 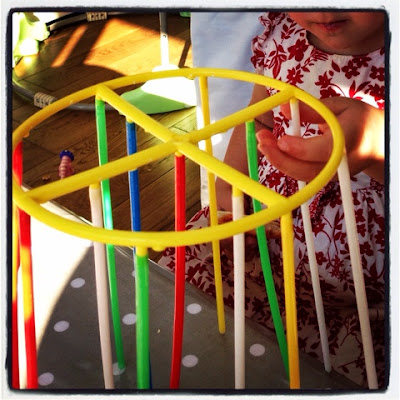 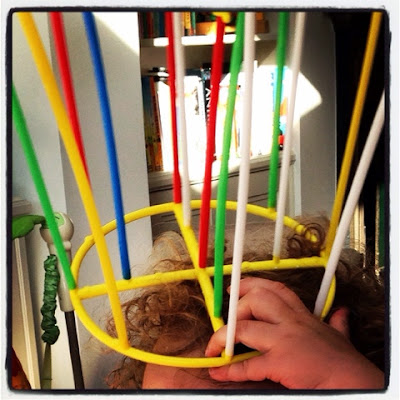 As a mother of girls, I found that this brilliant little advert really affected me:

My daughters are beautiful, but they are so much more than that. If Culturebaby wants to wear tutus whilst pretending to mow the lawn, climb trees and play with trucks I'm happy. I will tell her every day she is loved and that she can be who she wants to be. I want to allow my girls to be free to experiment with nature, build dams, climb trees and let their imaginations run wild. At this magical age a stick is rarely a stick, a box is rarely a box, and toddler's dreams are fragile, beautiful and in need of nurturing. Never was a custodian's job so crucial. 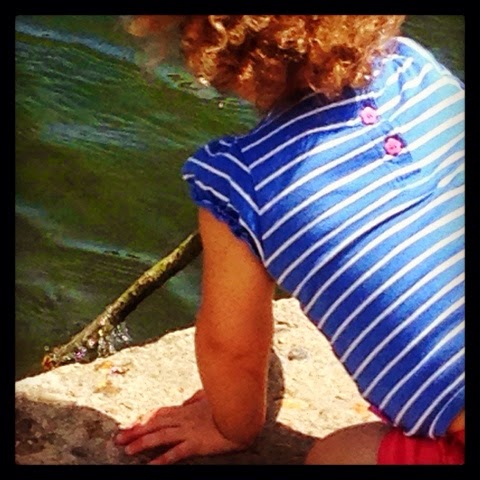