The Snowman on the Shelf: 12 Days of Christmas Snowman and The SnowdogBlog Tour 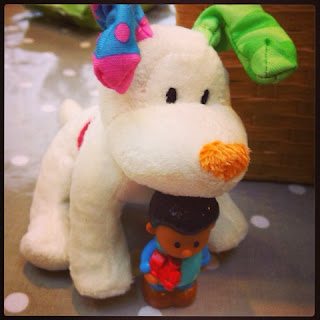 Given that The Snowman was the soundtrack to Culturebaby's last Christmas, and it was the first film to profoundly affect her, we were delighted to be invited to join the Snowman and The Snowdog Blog Tour this year. The ritual of watching the Snowman, and later The Snowman and the Snowdog, became an intimate and emotional daily occurrence throughout the winter months. She knew the score inside out. Having a two year old at Christmas brought back the magic of our own childhood and Culturebaby fell in love with it all. As I hugged my vibrant little lady whilst she pretended to fly I too felt energised and privy to the innocence of belief in Briggs' snow-clad guardian angel.

The Snowman is such an important story for a child. It teaches the transience of perfection, dignity in loss, and the importance of friendship. As an adult it still affects me, and happily Culturebaby perceived less of the sadness and more of the joy that fresh snow can bring new life to the eponymous hero and allow him to return. This dream of every fan of the original book, 30 years on, was vindicated perhaps by the beautiful sequel The Snowman and the Snowdog in which our original friend is re-created by a new child, and this time he brings a timely addition to fill the gap of the child's recent loss of his own pet.

We did so many activities around the theme last year from primitive science (melting), imaginative play (from playdoh to Happyland) to Snowman hunting that we will no doubt unearth some of these ideas again this year (you can see all these at this link if you'd like some inspiration). We are also extremely excited to be going to Sadlers Wells' production of the Snowman and a special seasonal concert at Cadogan Hall of Culturebaby's two favourite classical pieces - Peter and the Wolf, followed by a live orchestral performance of the Snowman score in front of a projection of the film. We will be reporting back on these later in December. 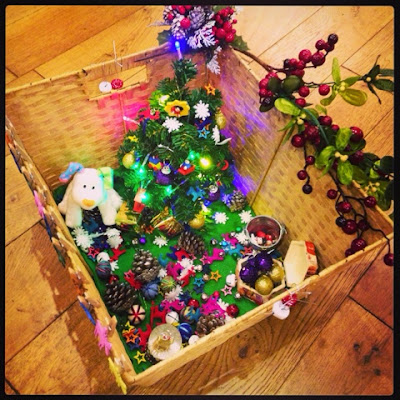 However, to celebrate the beginning of advent in a matter of days and the arrival of two themed packages in the post, we've been doing some special Snowman-themed play. For this blog tour, we were delighted to receive a parcel containing a gorgeous boxed set of the DVD of The Snowman and The Snowdog, complete with beautifully made soft toy of the Snowdog. This was a perfect surprise gift for my (just) 3 year old who adores playing with miniature characters. We're planning a special screening of the film to get us in the Christmas spirit in the next few days and already the Snowdog has been transported everywhere. Imaginative play is one of Culturebaby's favourite activities and over the last two days she has spent ages playing with her new Christmas-themed small-world play basket. I have been producing one of these for each season over the last year and this is definitely my favourite to date. If you have an imaginative child who loves sensory play and small objects I'd highly recommend making these simple dreamscapes for them to explore. The Snowdog joined our already much-loved little Snowman in the basket and they have been happily observing as Culturebaby has dressed her own small Christmas tree with miniature decorations; collected, matched and counted wooden and felt snowflakes, stars, reindeer, bells, and other items; tried out some fine-motor practice with themed clips and played with her characters as they played tiny musical instruments, received presents and helped to decorate. 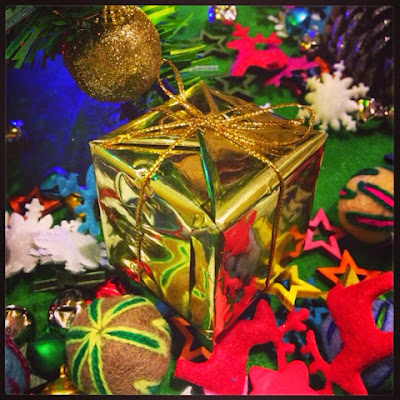 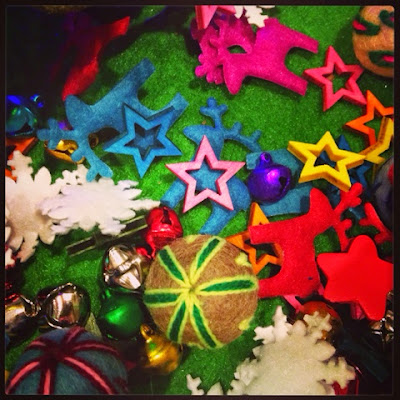 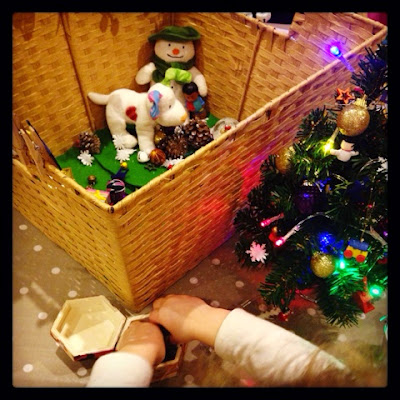 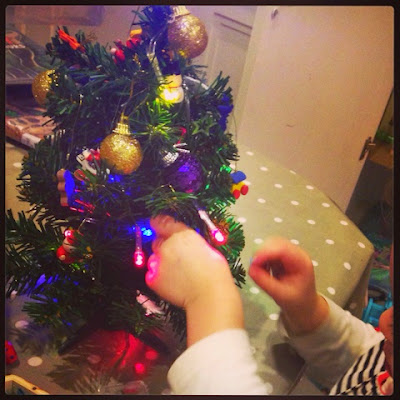 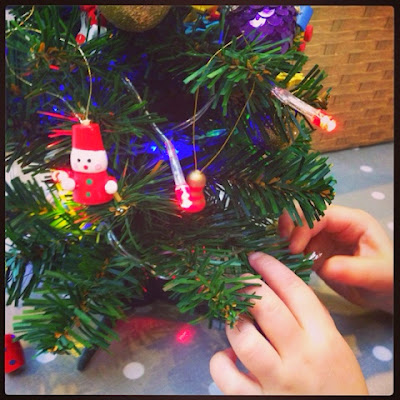 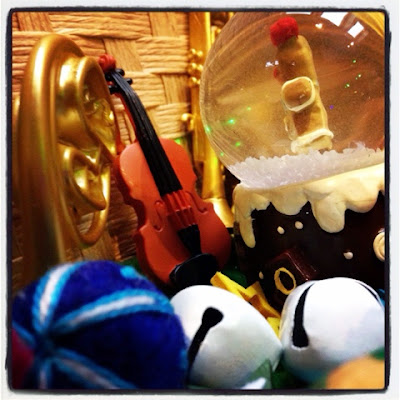 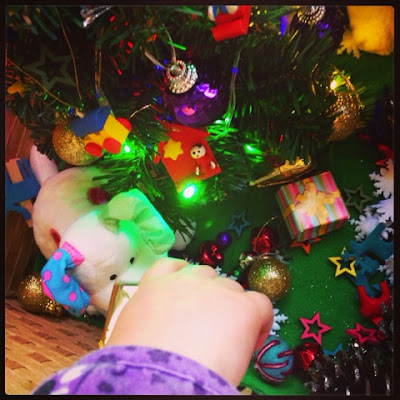 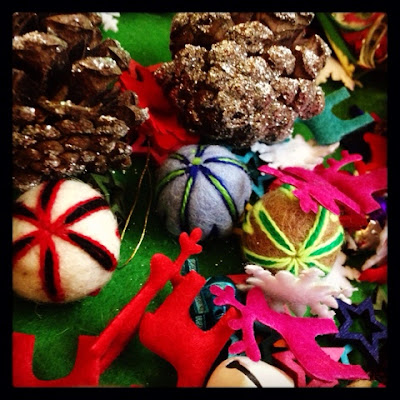 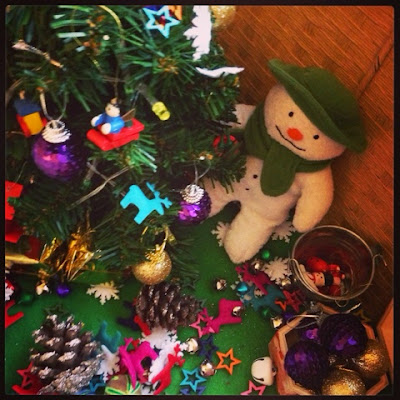 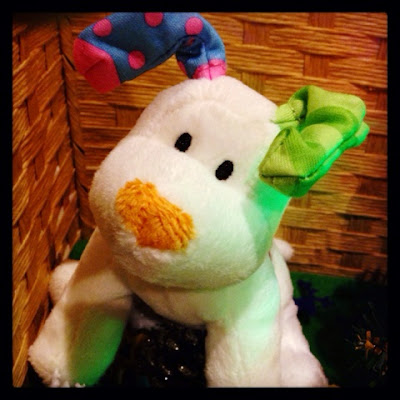 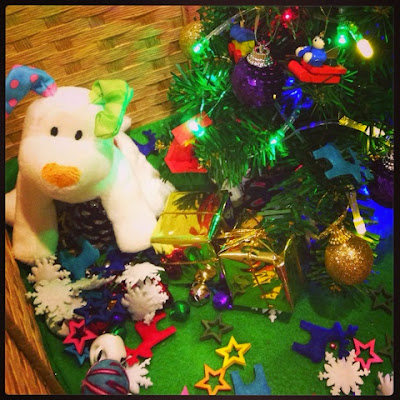 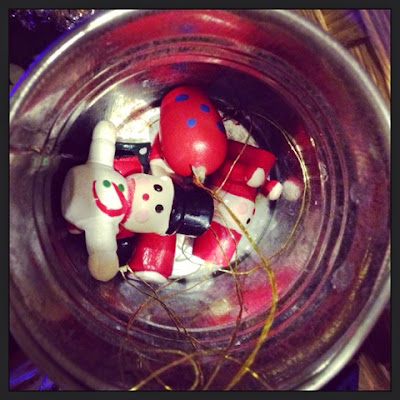 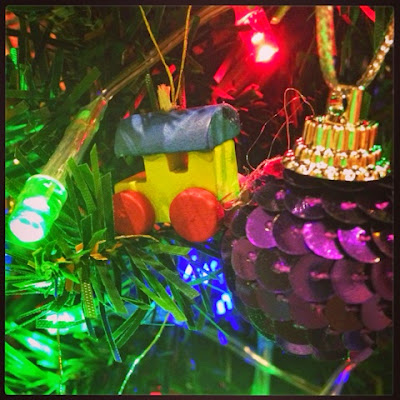 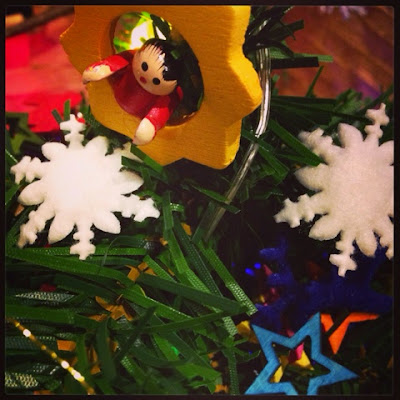 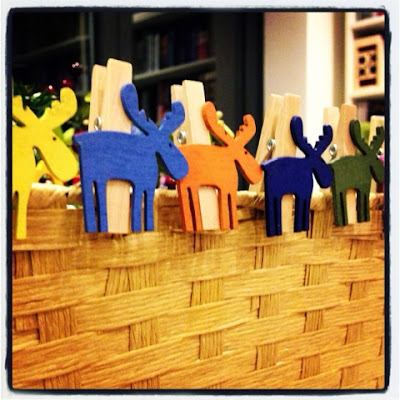 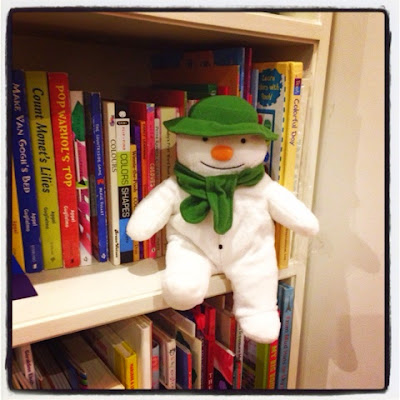 We were also delighted to receive separately from the wonderful Puffin Books, a finger puppet book of the Snowman and the Snowdog (shortly to feature in our literary advent calendar) and a large cuddly Snowman. I've heard a lot of parents arrange an advent activity called  Elf on The Shelf, where a cheeky little helper is sent by Santa to keep an eye on the household and consequently gets into mishaps along the way. This isn't something we have ever done, but with Culturebaby's devotion in mind we are going to celebrate our teddybear-sized Snowman's arrival with style. Given that he is the ideal companion for a child throughout this festive season, and he already loves exploring the house (and gets into a few scrapes along the way), he's the perfect messenger from the North Pole for us. Culturebaby has already learned with much excitement that he'll be arriving shortly. So there we have it. Our very own Snowman on the Shelf. I'm really looking forward to it.

This blog post is part of the 12 days of Christmas with the Snowman and the Snowdog blog tour - follow the hash tag #SnowmanSnowdog. The next stop is tomorrow at http://mummyslittlestars.com