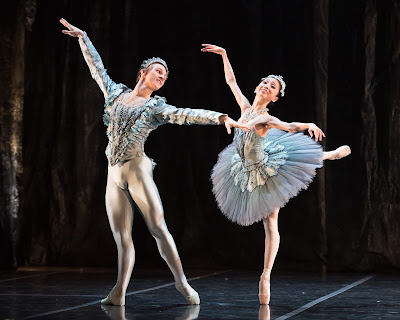 On Good Friday the Culturebabies and I headed over to the Peacock Theatre to see the latest in English National Ballet School's inspired series of child-friendly ballets. My First Ballet, now in its 5th year, features a shortened version of the full ballet, with additional narration, intended to introduce the youngest of children to the classics. We'd been really excited to see Swan Lake last year but, due to a fire in Holborn, the London leg had been cancelled. So with a year's worth of anticipation, the girls donned their tutus and we made a great day of it. 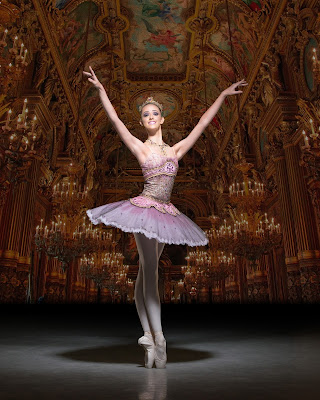 This unique collaboration between English National Ballet and English National Ballet School was particularly exciting for four year old Culturebaby as we are lucky enough to be able to attend one of the ENB's Junior ballet classes (currently in Chelsea, Richmond and Putney). These fabulous classes, run by highly trained professionals and featuring a real pianist, are also part of the ENBS so this term Culturebaby has been studying the Sleeping Beauty to tie in with what the older students are performing. It's amazing for a four year old to feel like they are part of a much bigger endeavour and see what their hard work could achieve. My First Ballet isn't danced by ENB professionals, it is created by English National Ballet’s Associate Artist George Williamson and performed by second year students from English National Ballet School. This means there is the odd wobble, but what an inspiration for a mini-ballerina starting out! 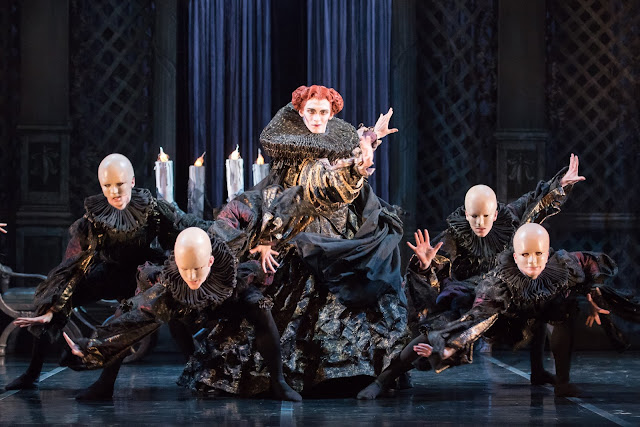 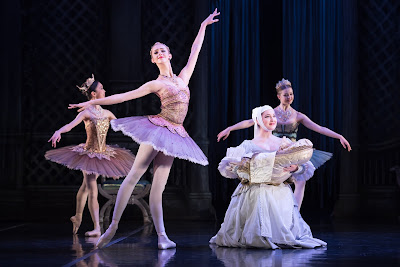 The production has so many elements that are perfect to capture the imagination of even the youngest child (two year old Culturetot was just as captivated as the older children). The costumes are stunning and the tutus, so important to little people, are spectacular - with just the right level of sticky-outiness for any toddler to covet every one. The set was also beautifully designed. There's no dumbing down here; this is no pantomime. Whilst there is humour, the young audience is treated with a significant level of trust and respect. Whilst the ballet is shortened and a narrator is added, this served to bring out the best in the performance and highlight elements even adults might not normally notice. Cleverly, the narrator is Aurora herself, looking back over the fairy tale of her youth. I was particularly impressed by the way that the narration pointed out the unique sign-language of the ballet (perhaps lost on many of us). Move by move, certain signs were highlighted as part of the tale, introducing the youngest viewer to the lexicon of the dance. 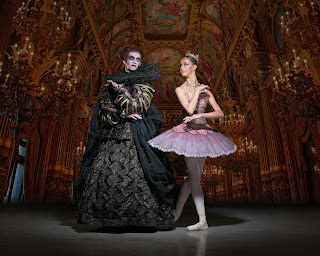 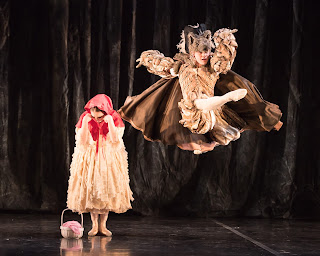 Culturebaby is rather old-school in her tastes. Whilst other children are single-minded in their devotion to Frozen, she prefers the older classic tales and Sleeping Beauty is amongst her favourites. It is such a simple story to follow and is so well known, that it works extremely well as a child-friendly ballet. Though it has a princess and an adventure, it fortunately features strong female characters in the roles of the fairies, and a malevolent character who must be overcome in the form of the evil fairy Carabosse (not Disney's Maleficent of course). There's even cameo appearances from Little Red Riding Hood, the wolf and Puss in Boots. The Peacock Theatre is large enough for the ballet to feel authentic and a real treat. The only downside was that the ENB school's budget doesn't seem to extend to a live orchestra - the music is recorded (but still of high quality). 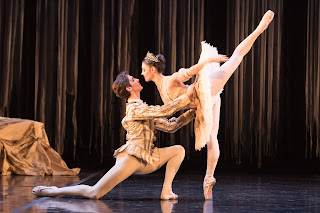 The material that the ENB has produced to accompany the production was also great (the programme contained the story as well as a version using symbols, games and ballet positions to learn. Their website also includes some great resources including these fantastic free printable ballet position flash cards. 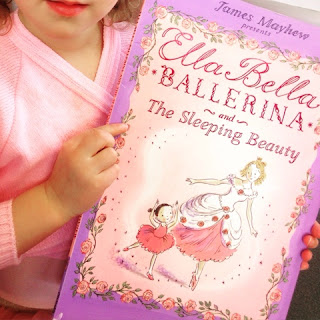 We also prepared in advance with some selected reading. In particular I'd recommend James Mayhew's Ella Bella and Sleeping Beauty, which is part of a series about a little ballerina who, aided by a magical musical box, becomes part of the ballets she is dancing; aiding the heros and heroines of the pieces and helping to save the day. The brilliance of these books, other than their gorgeous illustrations and the fact that they feature a kindred soul for our little ballerinas, is that they also stick to the non-Disneyfied plot of the original ballet. I'd also recommend Usborne's Ballet Stories for Bedtime, containing a selection of well known and less well known ballet tales.

We've also found that one of the best ways to prepare for a ballet (so evident with our trips to see ENB's exquisite Nutcracker with the girls at Christmas) is to play the full ballets in the background at home. They are easy on the ear, full of distinctive tunes and the children seem to absorb the scores without realising it - evident in the theatre as they hum along.

I'd thoroughly recommend My First Ballet for children as young as two and suspect we will be going for a good few years as they serve as such effective introductions to so many aspects of each classic production. It's also great news that they tour round the country and are accessible to tiny ballerinas nationwide. Dates and further information can be found here. 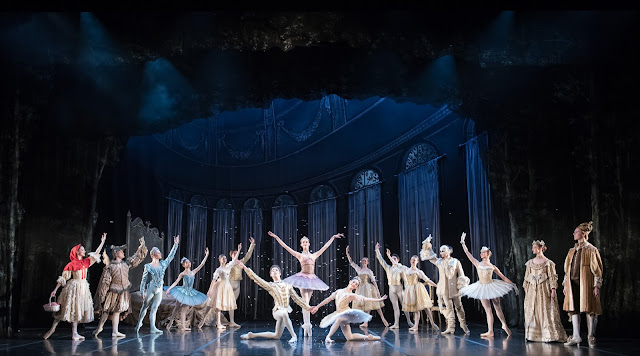 Disclaimer: We received out tickets in exchange for a review. As always all views are very much our own. All photographs of the ballet are featured courtesy of the English National Ballet School.
Posted by MuseumMummy at 22:00