The Saga of Noggin the Nog 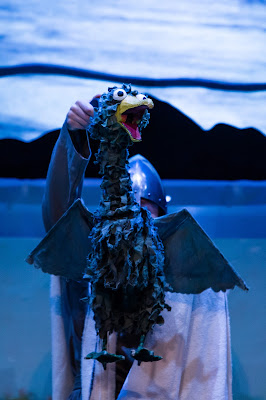 We never cease to be impressed by the quality of children's programming at Kingston's Rose Theatre. Celebrating its 10th Anniversary this year, this fabulous, cosy and high quality theatre has provided some real gems in recent months. From West end touring productions to Saturday morning puppetry, we'd recommend a trip for all families. Spring sees a programme including Dahl's George's Marvellous Medicine and The Railway Children and What the Ladybird Heard at the end of May. 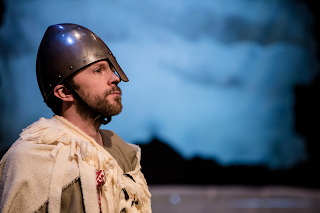 Our most recent visit was to a production of the vintage children's classic, The Saga of Noggin the Nog. My mum remembers enjoying these comic characters as a child - the first episode of the British TV series aired in 1959. The loveable characters, inspired by the Lewis Chessmen at the British Museum, are 'Northmen' loosely based on Vikings, with Noggin ruling benevolently, and sometimes competently, as their king. There are however, many fantastical additions - dragons, talking birds, and miniature beings.

'In the Lands of the North where the black rocks stand guard against the cold sea, the Men of the Northlands sit around their great log fires and they tell a tale...' 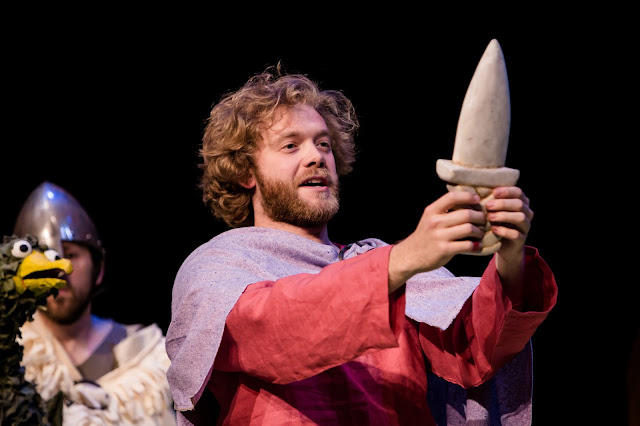 The production covers two of these adventures. Firstly the attempted theft of Noggin's crown by his wicked Uncle Nogbad the Bad whilst Noggin is off getting married in a far away land.  Then a journey to the land of miniature people and a battle with the 'fearsome' ice dragon. 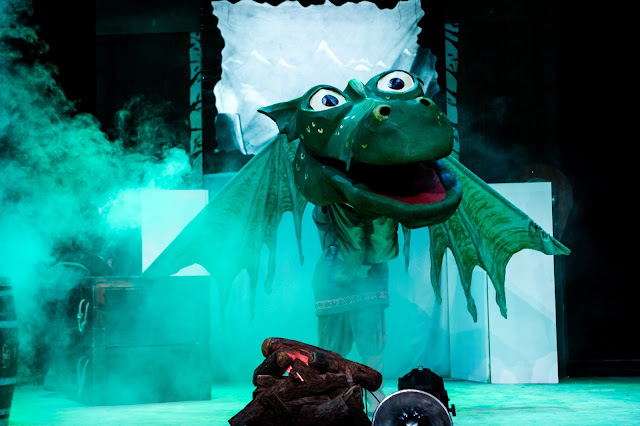 With an all male cast, the actors were hugely versatile, with imaginative costumes and great puppetry. The production was simple but funny and effective, and you certainly don't need to be acquainted with Noggin to thoroughly enjoy this performance. We weren't previously but we've since bought the DVD. It's also a great way in to discussing the real Vikings.

As a child I loved trips across to York, to the Castle Museum and also the immersive sights, sounds, smells, animatronics and all important moving car at the wonderful Jorvik Viking Centre. The museum is housed in the basement of a shopping centre as it remains on the site where a settlement was found. Its a great example of how rescue archaeology and creative thinking about the future of a site can boost tourism and education. Visitors can journey 6 metres underground to discover the remains of a Viking hearth and walls that made up the historic city. I haven't visited since their refurbishment following a devastating flood, but I can't wait to take the girls. Visits there certainly planted a seed for my future choice of reading archaeology at university. Museum Crush has also compiled a great list of museums around Britain where you can learn more about the Vikings - see here.


The Saga of Noggin the Nog is touring and information can be accessed on their Facebook Page.
Rose Theatre Upcoming Shows can be booked here.

Disclaimer: We received tickets to the show in exchange for an honest review. All views are our own. Images of the production used are courtesy of The Rose Theatre. Other images are from WikiCommons.
Posted by MuseumMummy at 20:40