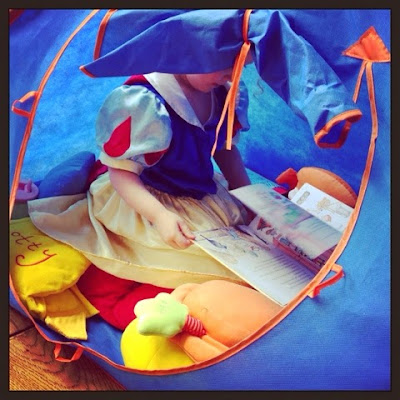 In honour of World Book Day today whilst Culturetot was napping, Culturebaby and I created an indoor story tent, cuddled warm drinks and copious cushions, snuggled and read book after book. There is little better in life than the intimacy of sharing a good book in a cosy location with someone you adore. Likewise, I can think of no better sound than peels of unbridled laughter from the mouths of babes. With this in mind, I've gathered nine books, old and new, that perennially make my three year old laugh out loud. We'd love to hear about yours. 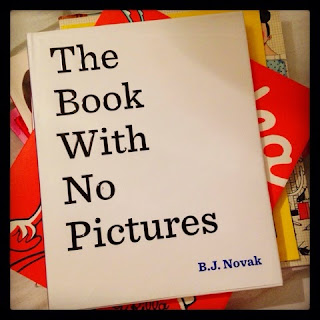 1. In 2014 the world was taken by storm by comedian B.J. Novak's quirky (non) picture book. The Book With No Pictures. The concept? Without images of any sort, Novak plays on the bond between parent and child created by sharing a good book. In a twist, here Novak teams up the child and book in a crafty alliance which 'forces' the adult to say utterly ridiculous things and inject their own creative personality into bringing the text to life. The author's rule is that the unfortunate adult must repeat whatever is written on the page. The reading experience must be shared, and the jokes, tested on young children, are delightfully simple. Culturebaby roared with delight as Daddy or I, for the twentieth time in any given week squalked and cooed the most onomatopoeic nonsense. Initially skeptical, I was swiftly bowled over by the delight of my miniature audience. Both intimate and crowd pleasing, this title is a quirky gem. 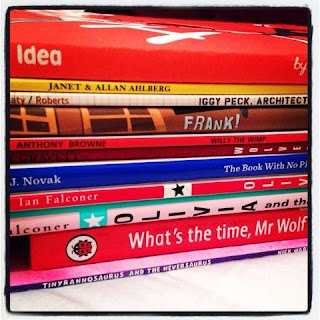 2. The second title which has been acted out to near extinction, is Ladybird's touch and count playbook What's the Time Mr Wolf? With flaps to uncover and the anticipation of dinner time and hot chase from Mummy wolf, the girls couldn't be more delighted with this book. It is a great title for sharing with a mix of ages and has something for everyone -  flaps and textures for Culturetot; counting and clocks to learn for Culturebaby - and what the girls consider to be THE most hilarious game at the coda. 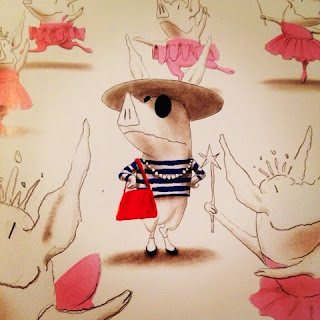 3. Some of my favourite books as a parent are Ian Falconer's utterly ingenious Olivia and sequels (in particular Olivia and the Fairy Princess). Olivia is a piglet. She's also a toddler. Fiercely independent and in danger of wearing out the naughty step, Olivia's exploits in the pursuit of individuality cannot fail to make even the most despairing parent chuckle. Olivia and Falconer between them have such a glorious turn of phrase that I'd practically prescribe these titles to knackered mothers everywhere. They are also delightfully educational and often have a sage message behind the mirth. When Olivia decorates her bedroom wall with splodges of black and red paint, this is no graffiti, but an experiment emulating Pollock. In Olivia and the Fairy Princess, we are presented with Olivia's incandescnce at the sole aspiration of her peers to be pink tutu-clad princesses in need of rescue. She presents alternatives, explores stark modern dance, and considers a future as a reporter exposing corporate malfeasance. These books are utterly brilliant. Buy them immediately.

4. Anthony Browne's comedic classic Willy the Wimp justifiably celebrated its 30th anniversary in 2014. Last year, Culturebaby found a copy at the library and promptly fell in love with it. She still laughs out loud with every reading. Willy is a sweet chimp who is fed up with the neighbourhood bullies and wants to learn to stand up for himself. He sets himself a punishing regime and becomes larger and stronger. Appearances are deceptive of course because behind it all, he's still the apologetic and kind chap he always was and his muscles do not prevent his clumsiness... but now at least he can look after his friends.

5. In a similar vein Connah Brecon's recently published Frank! is a quirky tale about a bear who finds it impossible to arrive at school on time. He, inadvertently ends up being drawn daily into larger than life problems in support of numerous local underdogs. His seemingly tall tales, are ultimately vindicated when he is called on to save his class from a monster. The humour is rather less than subtle with its American flavour, but Culturebaby chuckled away at this delightfully illustrated little book.

6. Back to a classic from the Ahlberg duo, the distinctive illustrations, slapstick humour and fabulous text of Funnybones (and sequels) always dish up a generous helping of joy. A trio of skeletons are hurtled into an evening of adventure as they set out to find someone to scare. I noted today that this title has made it into the top 50 that the Daily Telegraph's survey suggested every child should read before they are 16.

7. I have recently been raving about the quirky and clever Iggy Peck Architect by Andrea Beaty and Illustrated by David Roberts. I reviewed it here as a witty introduction to architecture for children, and a moral tale that creativity and inner passion cannot be suppressed and ultimately will out - to the good of society and satisfaction of the artist. Iggy Peck is a designer and a builder. From the cradle he was driven to create sculptures from any and all available materials... even dirty nappies or food. His parents encourage him and he develops and develops, until he encounters a teacher who, through her own fears, will have none of it. Ultimately Iggy saves the day and is vindicated in his talents. The illustrations are funny; the witty text rhymes. Next I'm hoping to get my paws on its sister title: Rosie Revere Engineer...

8. One of our recent bargain discoveries in the library sale was Emily Gravett's Wolves. A fairly new name in our household, its author has swiftly become a favourite. Her gorgeous Monkey and Me is a joint bedtime favourite for the girls at present. Given Culturebaby's unswerving devotion to classic fairytales, when we found Wolves it shot to favour instantly. Entertaining yet subtle, in this original book we become privy to the library borrowing habits of a rabbit who is keen to read up on his potential predator. Learning some cool facts along the way, rabbit becomes so engrossed that he fails to notice the real presence of the subject of his study. The first ending is flavoured with the comedic macabre, but then there is a second option "for more sensitive readers". Culturebaby finds this book intriguing and funny in equal measure. 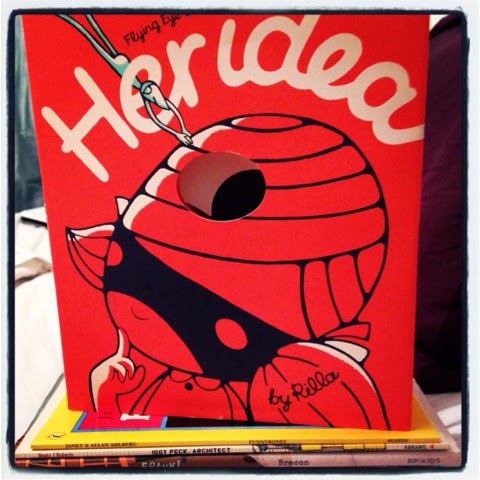 9. Finally, we were delighted with the brand new title from the gorgeous publisher Flying Eye Books Her Idea by designer and illustrator Rilla. The humour in this story is subtle and it complements the important underlying message about the value of pursuing your ideas and the glorious triumph when they come to life. The book is of high quality and the design is stunning. Culturebaby adored the fact that when Sozi ultimately reaches her aim of being devoured by her own book, literally residing within its pages, the narrrator is able to peer out from within the volume through the eye-holes engineered within its cover. Whilst this made her giggle, some of the ideas behind this book I hope will re-emerge with all their valuable seriousness with further shared reading a little later along her road of self-discovery.

Disclaimer: We received review copies of Her Idea, Frank, Willy the Wimp and The Book With No Pictures. All other resources are our own, as are all opinions.