The Loveliness of Local Lit 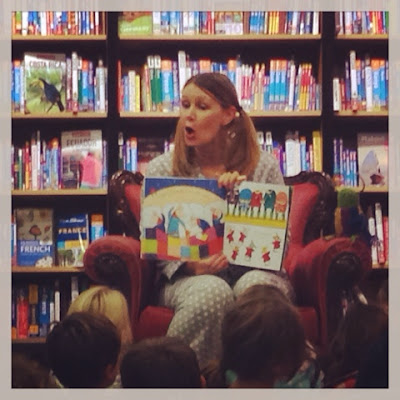 This weekend was the first St Albans Literary festival, run by fabulous volunteers who worked their socks off for months. For four days a number of big names and local authors joined forces to catapult our conversations into new realms as they shared with us the fantastical worlds of their imagination, or conveyed with humour and authority new angles on fascinating areas of research. I came away wanting to write several books, and with a stack of fresh reading material. Culturebaby emerged waving, amongst other things, her signed copy of current favourite Bumpus Jumpus Dinosaurumpus and revealing with delight that T-Rex now roared her name inside the front cover. 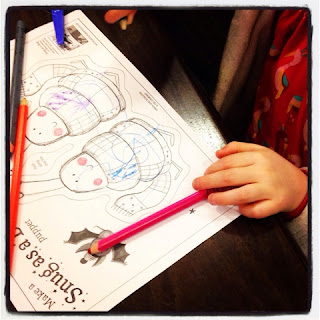 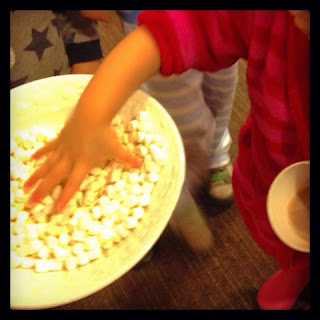 There was something wonderful about the spectrum of offerings, the affordable tickets and the fact that many of the authors were local. For the children there was a packed programme of possible events - and for the schools there was even more on offer. We went to two great sessions with the little ones. The first was a bedtime story at Waterstones with Tamsyn Murray where excited children were invited to arrive in their pyjamas and snuggle up to listen to the author read her gorgeous picture book Snug as a Bug. There were crafts, hot chocolate and marshmallows to sip and even little woodland toys to adopt. The childen loved it; and I suspect, would jump at the chance again any day to legitimately stroll through town in dressing gowns when they should really have been in bed. There was also a great opportunity to hear Tony Mitton perform some of his wonderful poetry for children. Culturebaby has recently been well and truly stricken with the dinosaur bug and Tony's catchy Bumpus Jumpus Dinosaurumpus is a bedtime favourite. Old and young alike chuckled away at the Red Riding Hood rap and joined in as we were invited to fill in the missing rhymes in a host of Tony's poems. 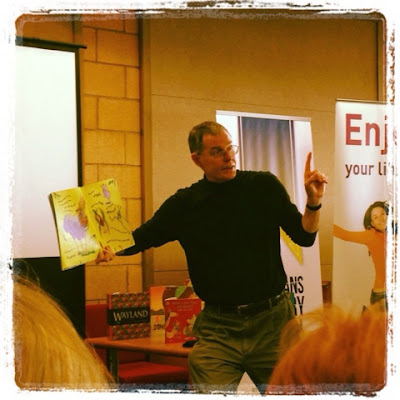 And, with thanks to Culturedad I was able to escape for a few hours of delightful literary boffinry where I masqueraded, albeit briefly, as a proper adult. First a murder mystery dinner with three award-winning local authors where I had the privilege of discussing with James Carol over pie (that Northern nectar of the gods) the origin of his novel Broken Dolls (soon to be brought to screen by Stephen Fry), witnessed a delighted couple discover that their house featured in one of the novels, and realise that I daily trot by the window behind which Victorian heroine Kitty Peck's future exploits are being created by a fellow heritage buff. I've emerged wanting to read all the novels, and will perhaps chuckle every time I cross Verulamium Park in the knowledge that it served as the literary landscape for the discovery of a lobotomised female. Then I was treated to a double whammy of archaeological lectures. The first with the thoroughly amusing, and himself rather reminiscent of Noah, Irving Finkel who relayed his exploits in turning the spectacular discovery of an ancient Babylonian tablet with instructions for how an ark should be created, into a circular floating reality complete with army of ants. This was swiftly followed by a fascinating and in-depth presentation of some of the latest research about Stonehenge by archaeologist Mike Parker Pearson. Finally our book club sipped wine in the atmospheric surroundings of the Lady Chapel of the ancient Abbey and listened to a successful double act of historian Leanda de Lisle and historical fiction-writer Conn Iggulden as they unpacked that most fascinating of families - The Tudors.

It was delightful to have such a wealth of knowledge and creativity celebrated and shared practically on our doorsteps, and priceless to see the excited Culturebabies prance around bookshops in pyjamas and meet the authors of much loved books. I very much hope that this will be the first of many such festivals, and perhaps in the future St Albans can wave the Lit Fest programme in the face of the Manchester Evening News when it next attempts to declare ours an uncultured city.