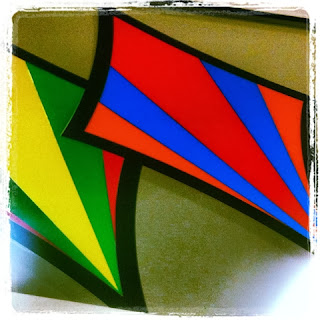 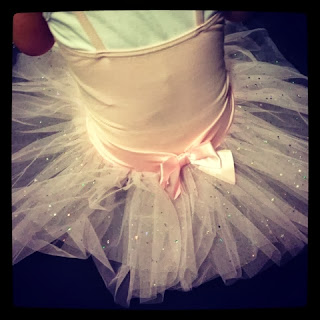 We started an adorable ballet class just before Christmas and it is one of our new favourite activities. There is, I suppose, a slightly gimmicky element to it. The little girls are all dressed up in miniature pink tutus, there are wings and wands and props and it is all rather girly. There is, however, also the odd boy - not clad a tutu - attending (good on you parents, after all ballet is a hugely athletic thing when you get into it). I'm all for the tutus though and make no apology. First of all, it turns the class into an event, aided by the fact that we rehearse in a theatre and there are atmospheric black curtains and parents in audience chairs. The children love whirling round and wearing their ballet slippers. Secondly, it helps the children to see what they are working towards and relate to ballerinas in books and art, which really captures their imagination. Finally it is just ridiculously cute and good for a tired parent's soul!

I felt rather deprived as a child that I didn't learn to dance. This was, of course, my own doing. I was taken to a class, declared I didn't like it in my willful toddler way, and that was that. Fortunately Culturebaby loves it - to the extent that we have spent the last two weeks living in a musical. The part of the class that she liked the most was the music to Let's go Fly A Kite; performed with scarves. When we got home we showed her the clip from Mary Poppins and it has since been the continual soundtrack to our day. When quizzed about what she sang in her nursery music session she replied 'Let's go Fly a Kite' (of course they didn't), when asked which nursery rhyme we should sing the reply is the same... 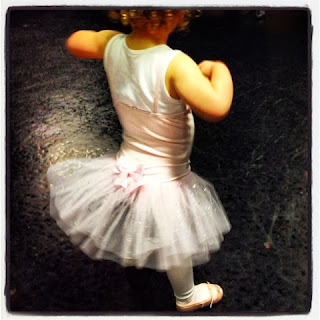 With this in mind, last weekend, we decided there was only one thing for it. We wrapped up in numerous layers, jumped in the car and headed up to windy Dunstable Downs. We purchased a kite, constructed it, and Daddy headed out into the wind with Culturebaby. With her fist holding tight to the string of her kite, she bravely kept hold as she was pulled over. They gave it a couple more goes and then the tail of the kite got twisted round the string; round and round and round. Such is the true reality of kite-flying, whatever nostalgic memories we may harbour. So we then spent ages unravelling it indoors until it started raining and Daddy went out to fly the kite whilst Culturebaby gathered a rabble of random toddlers and pinned herself to the window alternating between declaring that 'there was her Daddy' (battling stalwartly against the wind) and singing rousing choruses of the song, much to the amusement of surrounding coffee-drinkers. Despite the rain (and limited time with an actual airborne kite), it seems the trip was a success. Culturedad seems to have found it cathartic, and Culturebaby is still obsessed with kites. 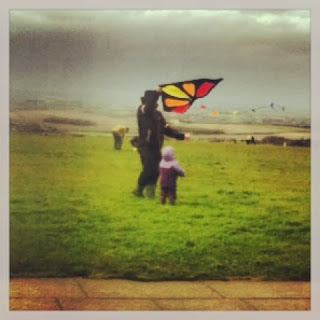 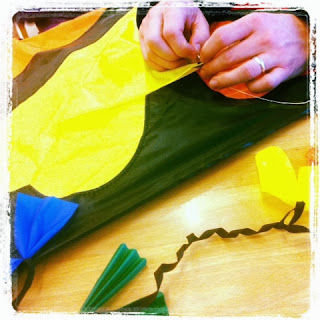 Something really unexpected and pretty wonderful that has emerged from the whole experience though, is that the scene from Mary Poppins, where they all jump into the painting, has really captured Culturebaby's imagination. She keeps talking about it, I've managed to tempt her to eat fish ('penguin food') whilst singing about it being a jolly holiday with Mary (whose super-nanny legacy lives on), and we have used the idea to really look at and discuss some relevant art. First of all, we have read over and over, Merberg and Bober's Dancing with Degas  from the clever Mini Master's series, which uses the paintings of Degas to walk us through a ballerina's day; from preparation and rehearsal to performance and rest. There are mixed reviews of the text of this book (some think the language could be better), but I think the book (and series) are a great idea and the text does the job - the rhymes help the book flow and remind Culturebaby of the paintings she likes. I would really recommend them as sturdy first art books for toddlers. We used the book to talk about which scene we'd like to jump into, we talked about what the ballerinas were doing and the instruments depicted (we are learning some of these at present - see our post here) and what they were wearing. Culturebaby had clear favourites, which she flicked through and found for herself again and again. She even read the book to her digger today. We've also been enjoying acting out the ingenious Matisse: Dance for Joy by Susan Goldman Rubin. This bright, shiny, beautiful little board book takes a toddler on a dancing journey through the use of Matisse's cut-outs - inviting them to prance like a pony and soar like a bird.

Following our kite flying escapades, we also used the wonderful website Your Paintings to look for images of kites to jump into... This excellent resource is a joint initiative between the BBC, the Public Catalogue Foundation and participating collections and museums from across the UK. It aims to show the entire UK national collection of oil paintings, the stories behind the paintings, and where to see them for real. You can also search the site by topic. Perfect. We found a great range of paintings of kites (here) and we discussed them and our preferences. Culturebaby talked about what she could see, we counted the kites, named colours and identified weather and landscape. If you fancy doing the same sort of thing, here's a list of some suggested questions for a two year old you could use, and here are a couple of freely available paintings:


Then just stop and listen to all the interesting things a two year old has to say... They never fail to surprise.

From "Mary Poppins"
Composed by Robert B. Sherman and Richard M. Sherman 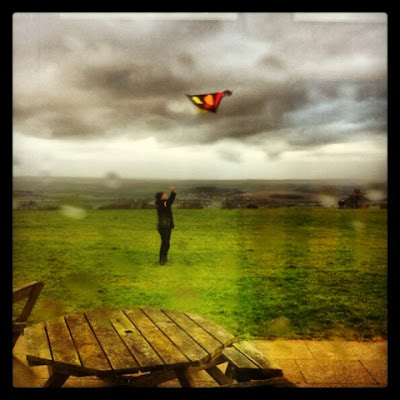